The original building, a 60-year-old seven-story building in a prominent Orange County location, needed an exterior refresh and entry re-orientation to breathe new life into its use. 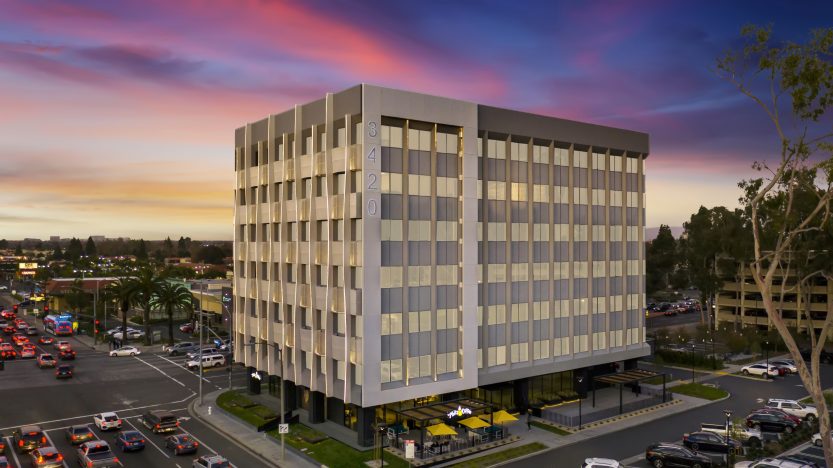 A multitude of steps are taken to refresh the building, including the re positioning of the first floor, landscaping around the building, first floor retail amenities, and the exterior façade of the building in its entirety. The resulting updated design serves as an iconic addition to the area and in the evening takes on a different presence using inventive lighting techniques that are part of the façade panels.

The western façade of the building became the critical attribute, devised to have an identity that differentiated itself between the day and evening and changing how the building interacts with the street and surrounding context. Vertical metal fins with alternating curves accentuate the height of the building and create a wave effect when approaching the building. Between the vertical fins are a series of performative curved boxes that serve the daytime tenant by shading the afternoon sun, while coming alive at night with expressive lighting. The southern and northern façades are mirrored, ultimately grounding the visual emphasis on the western facade. Panels in a large rectangle anchor the west-side of each façade and the building’s numbers are position on the south façade, denoting the main entrance to the building. 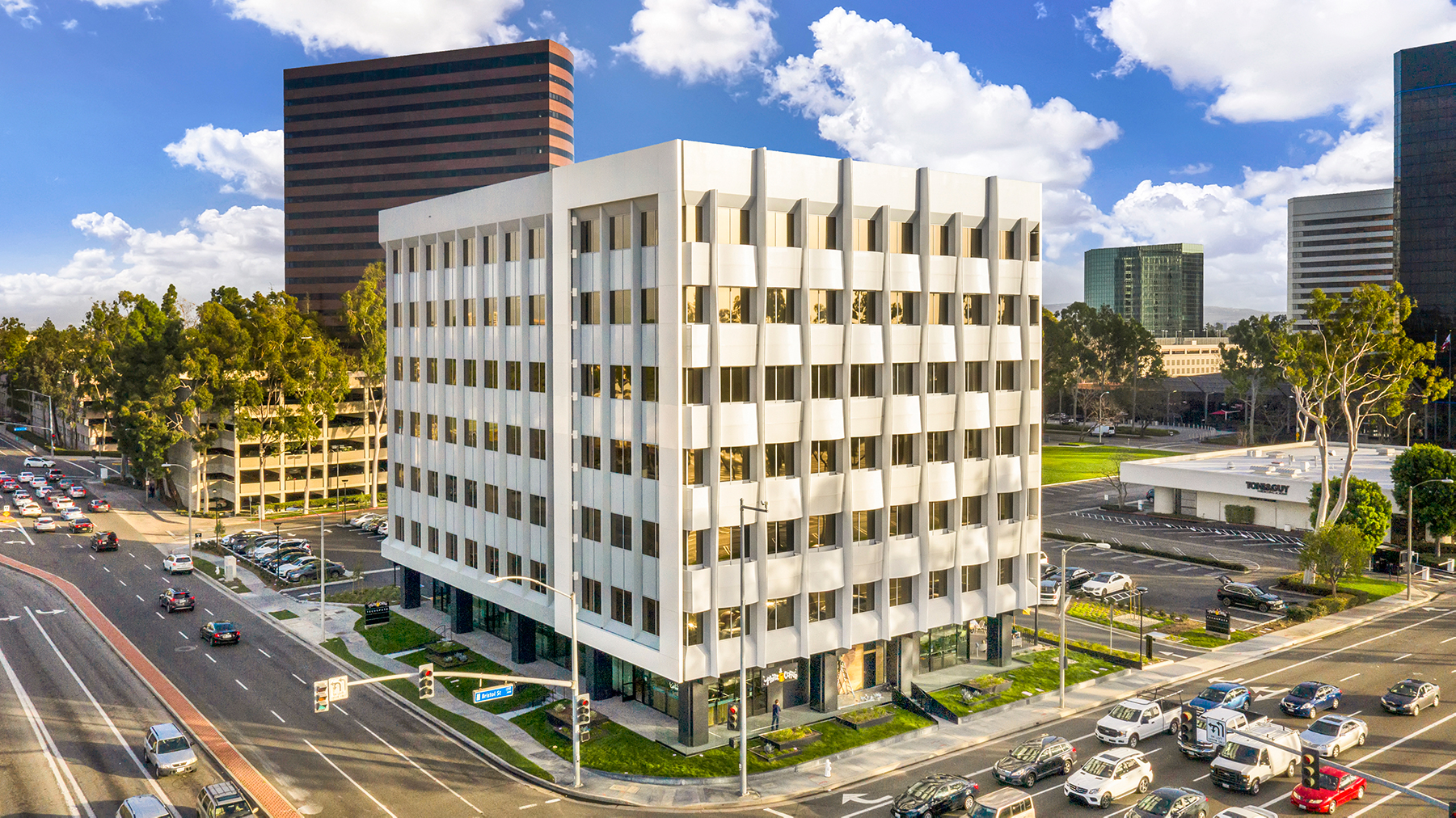 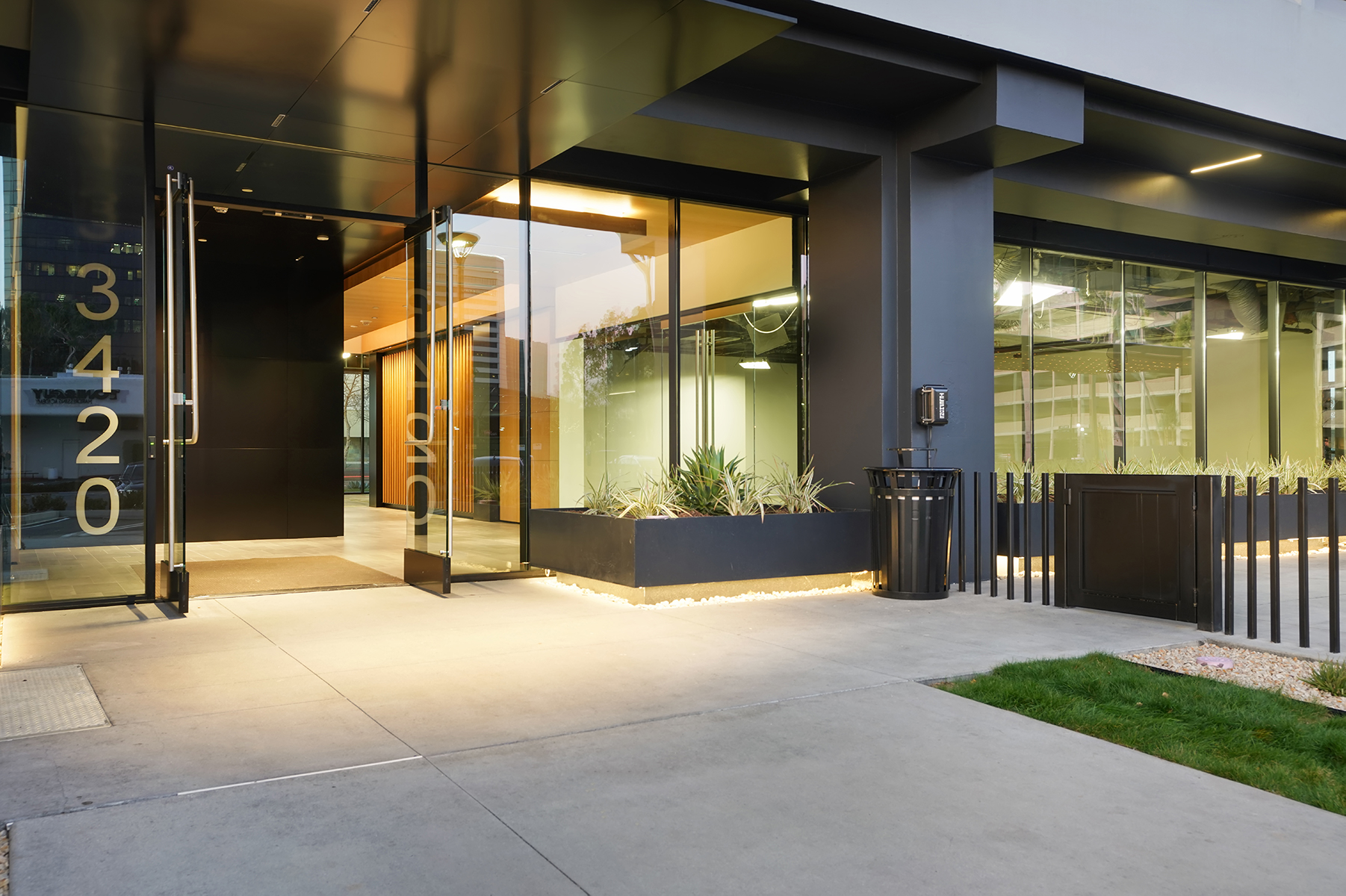 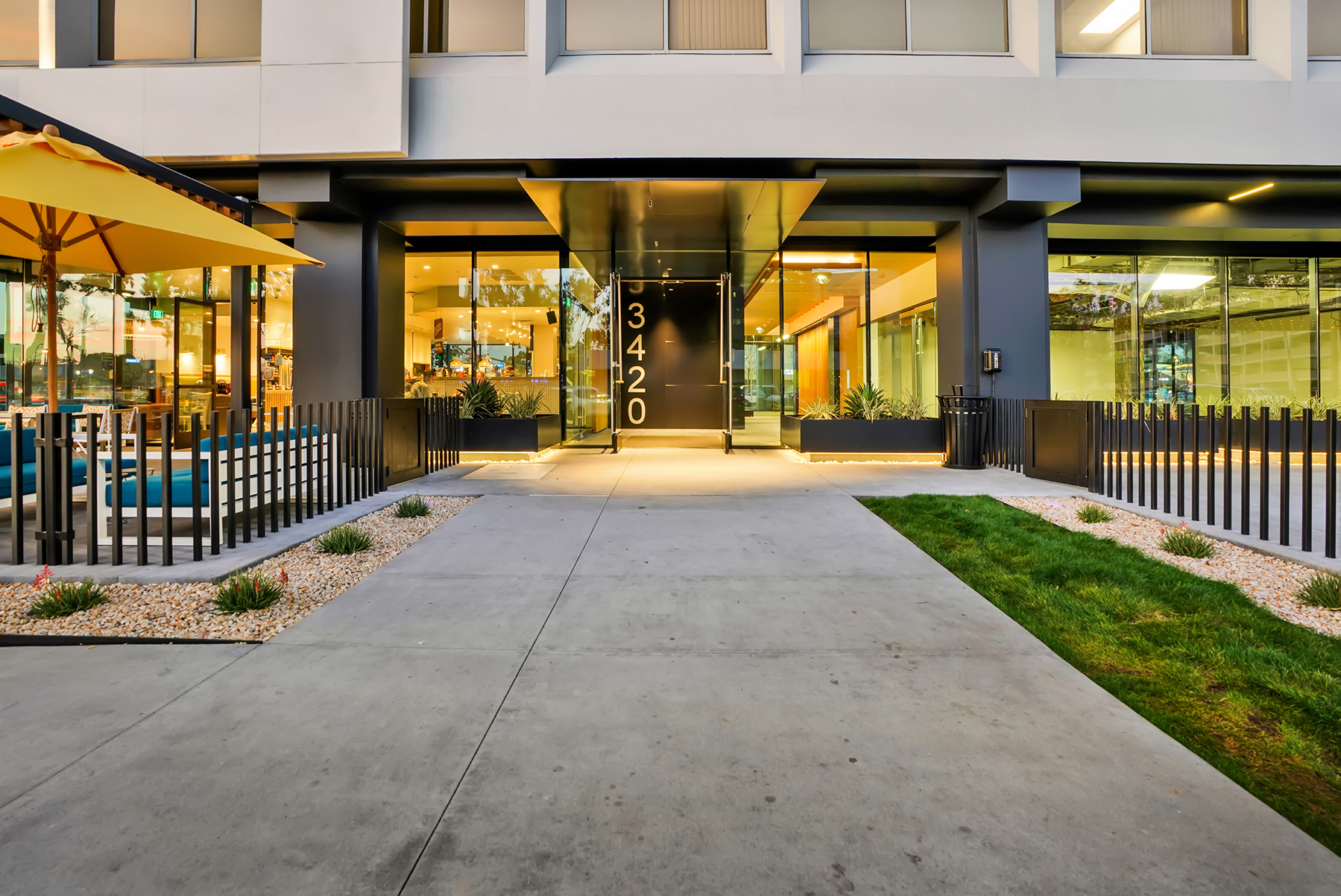 Alongside the façade refresh, the building’s first floor is remodeled, both in layout and material finishes/design. In order to lift the visual of the building and open it up for café and retail tenants, the lower floor is treated with a darker cladding and re-glazed in clear floor to ceiling glass panels. The entry to the building’s elevator hub is treated with dark metal paneling and warm wood to denote the circulation. 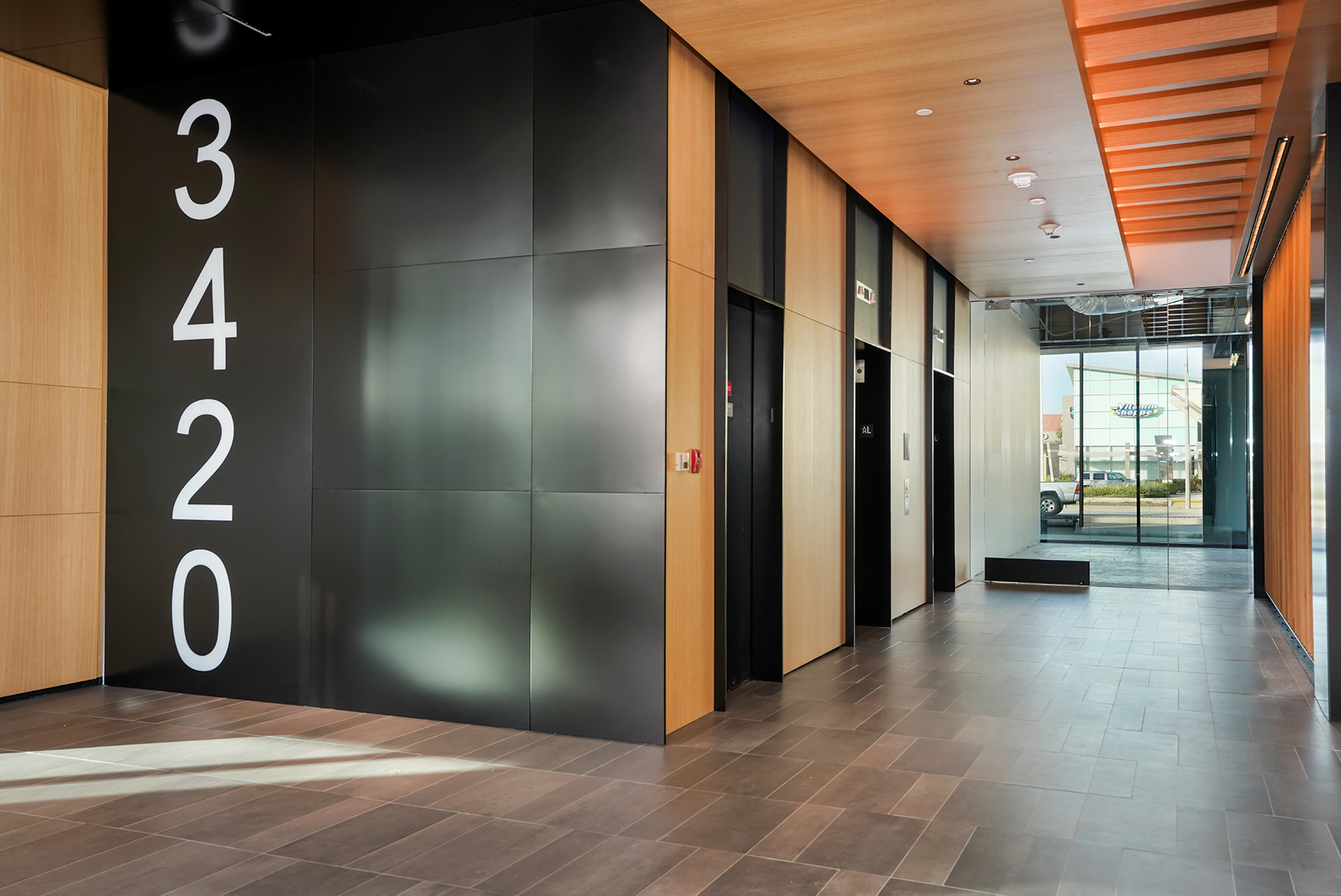 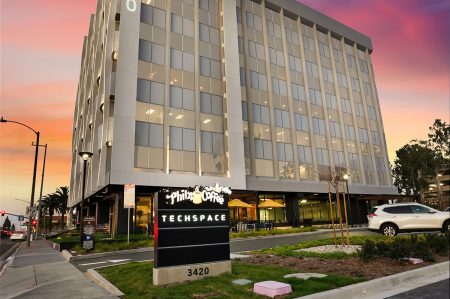 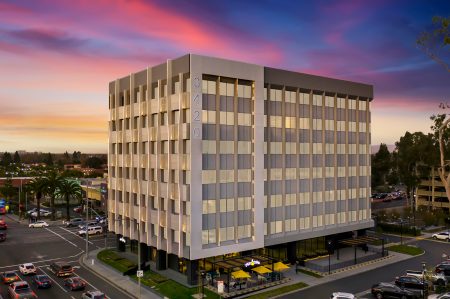 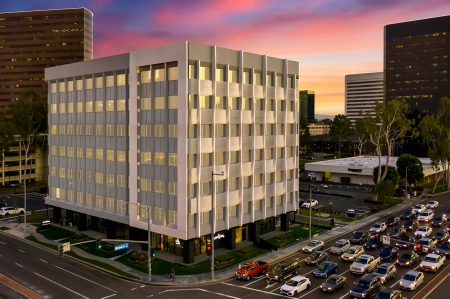 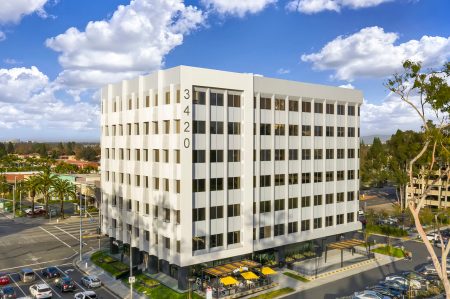 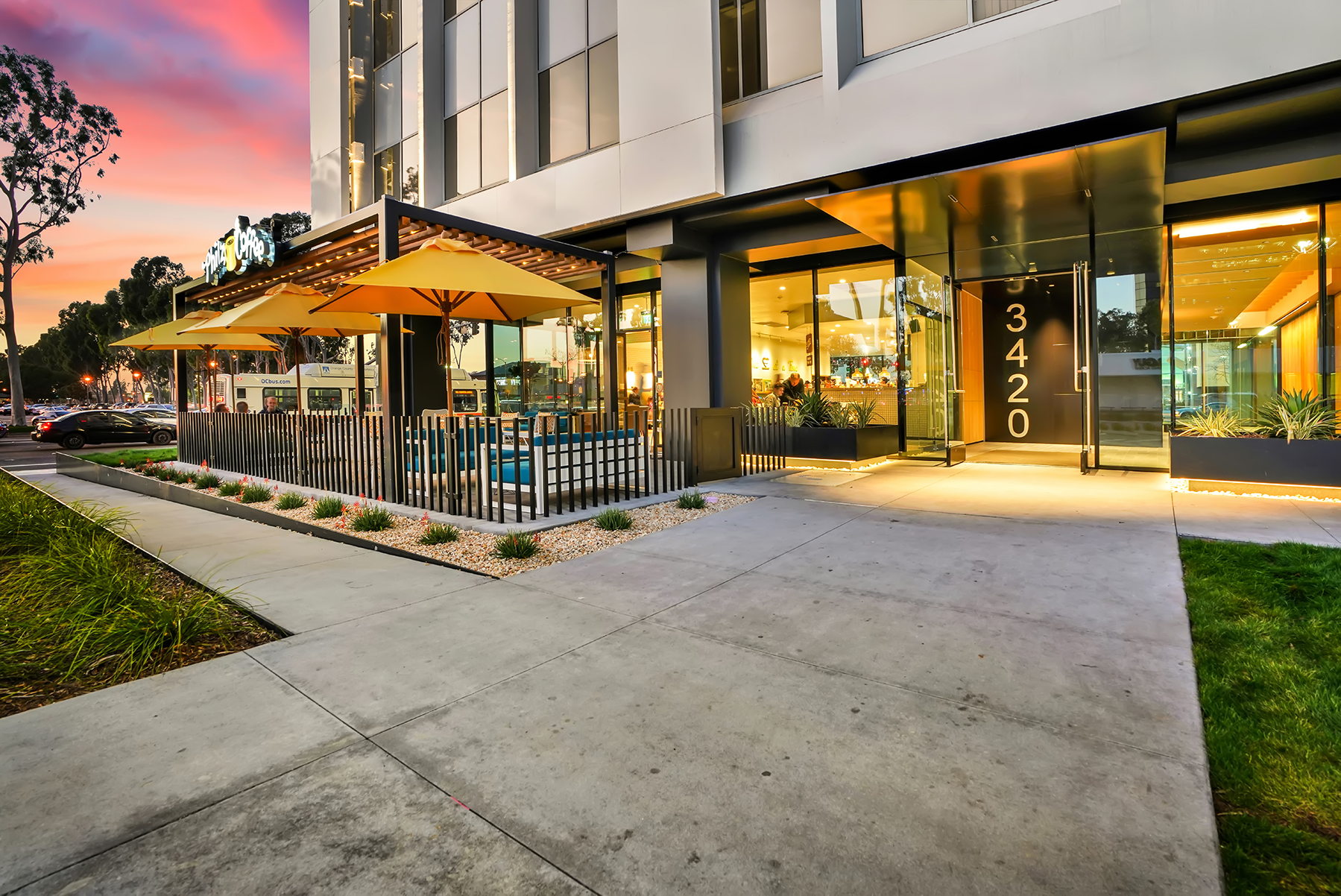