ShubinDonaldson wanted to retain this idea of a factory as a place of making, which is what is at the heart of what Lunar does. But this time instead of a factory that builds doors and windows, it is a factory for creativity. 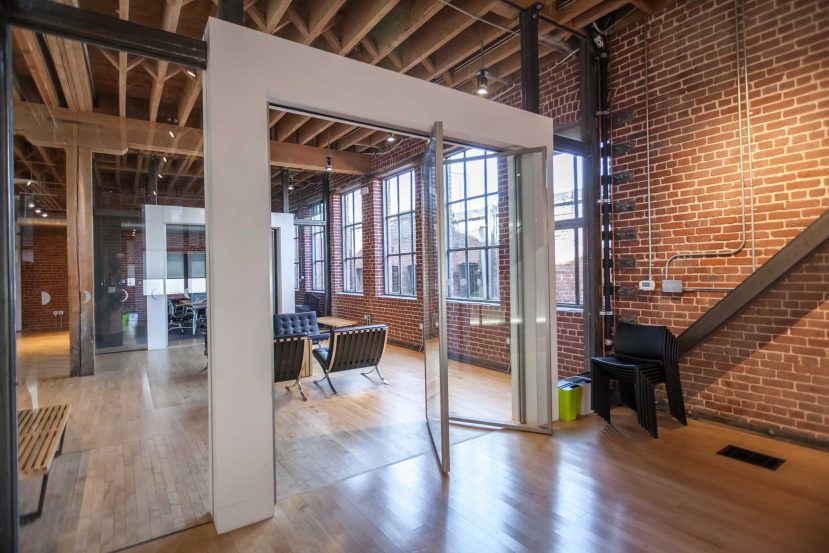 Lunar Design is a multi-disciplinary design firm in with offices in San Francisco, Chicago, Germany, and Hong Kong. For the design of their new San Francisco headquarters, Lunar wanted something different. They wanted their office embody the type of creative work that they do. What they ended up with is a space that is both functional and unique; a space that fully embodies their brand.

The design began with the building itself, a former cornice works and sheet metal manufacturing factory. The original building was built in 1907, shortly after the devastating San Francisco Earthquake of 1906.

ShubinDonaldson also approached the project by thinking not only of the space itself, but by thinking of how that space could give people the experience of what Lunar is all about. Lunar is a product design firm and SD worked on the idea of making a finely detailed ‘object’ that would occupy a large portion of the first floor space. This object would not only be something to look at, but something to interact with. This object manifested itself as a tunnel that would transport people from the main entry to the heart of the space. This ‘tunnel of light’ was thought of as an experience that everyone who came to Lunar would need to interact with. As you enter the tunnel, the lights respond to you as they pulse over the tunnel’s length. This pulsing is a response to the person entering the space, as if the building is welcoming you to Lunar. 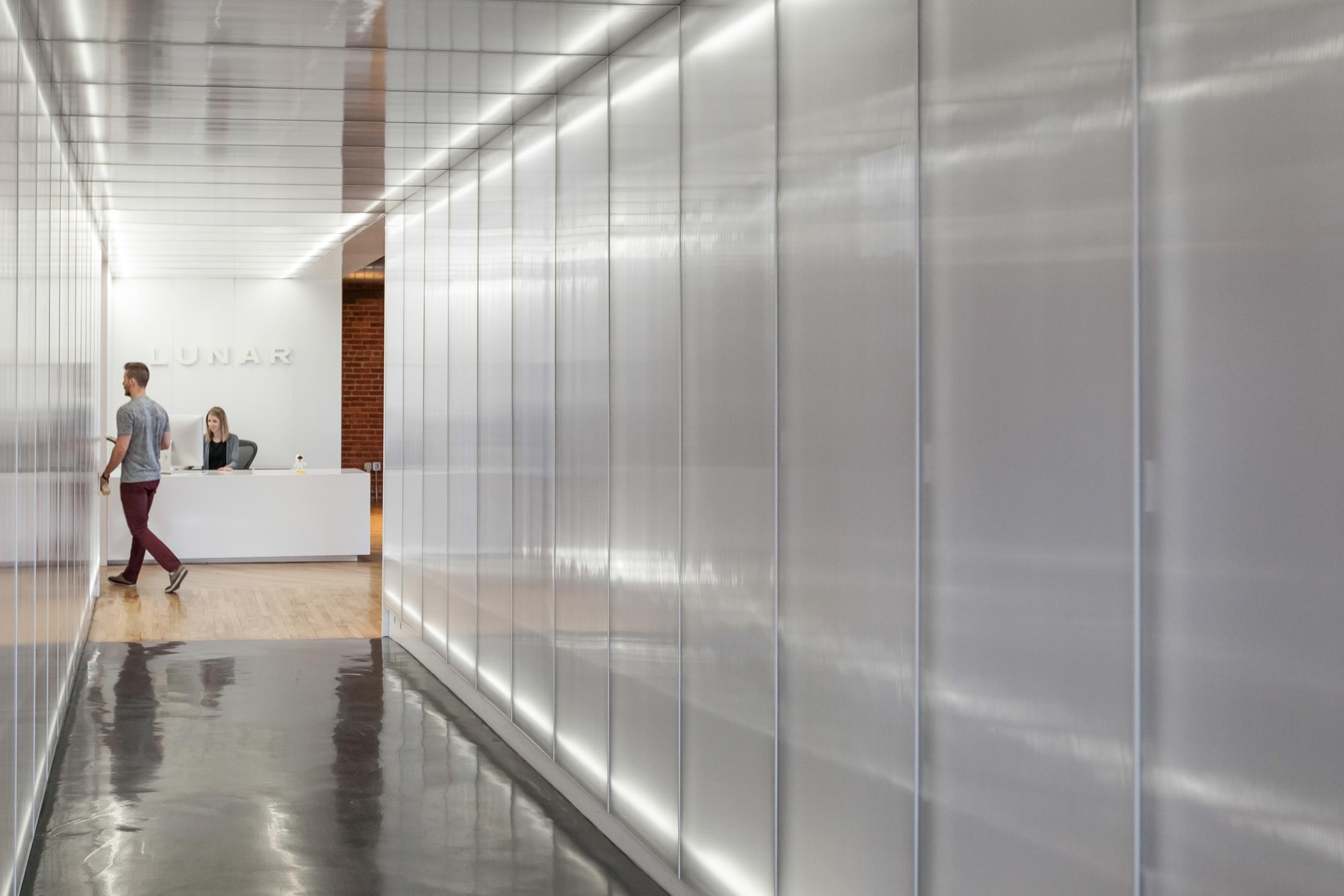 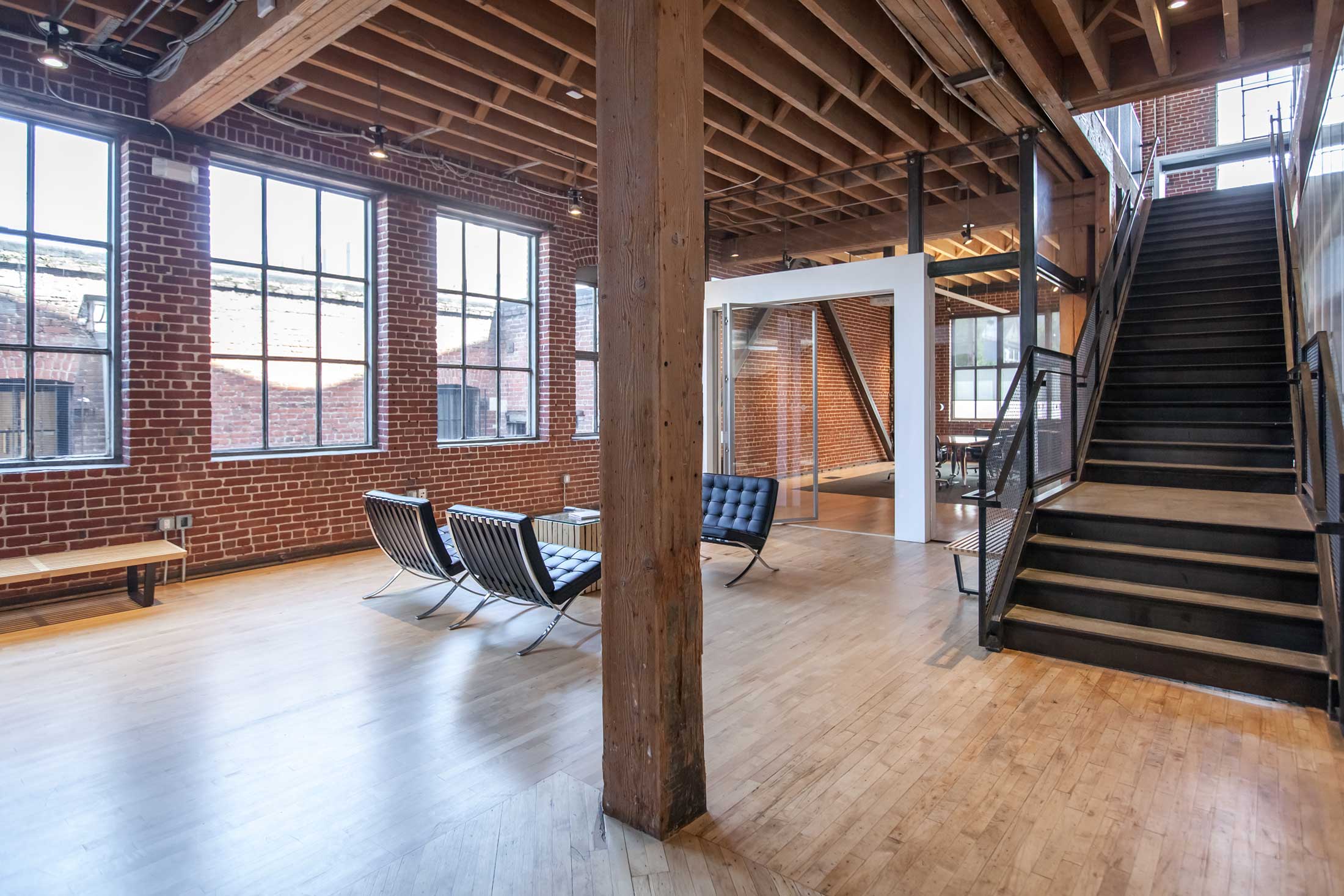 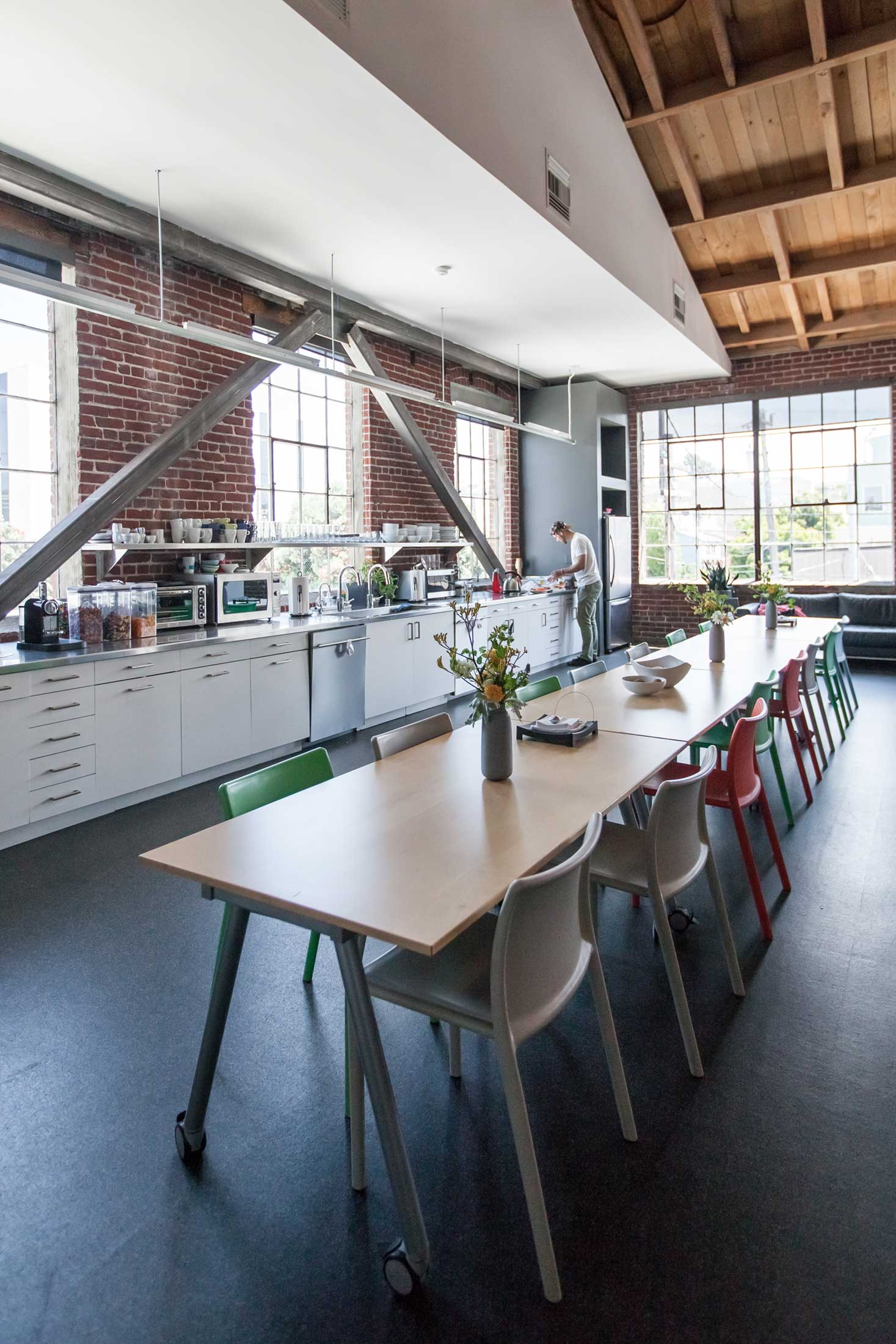 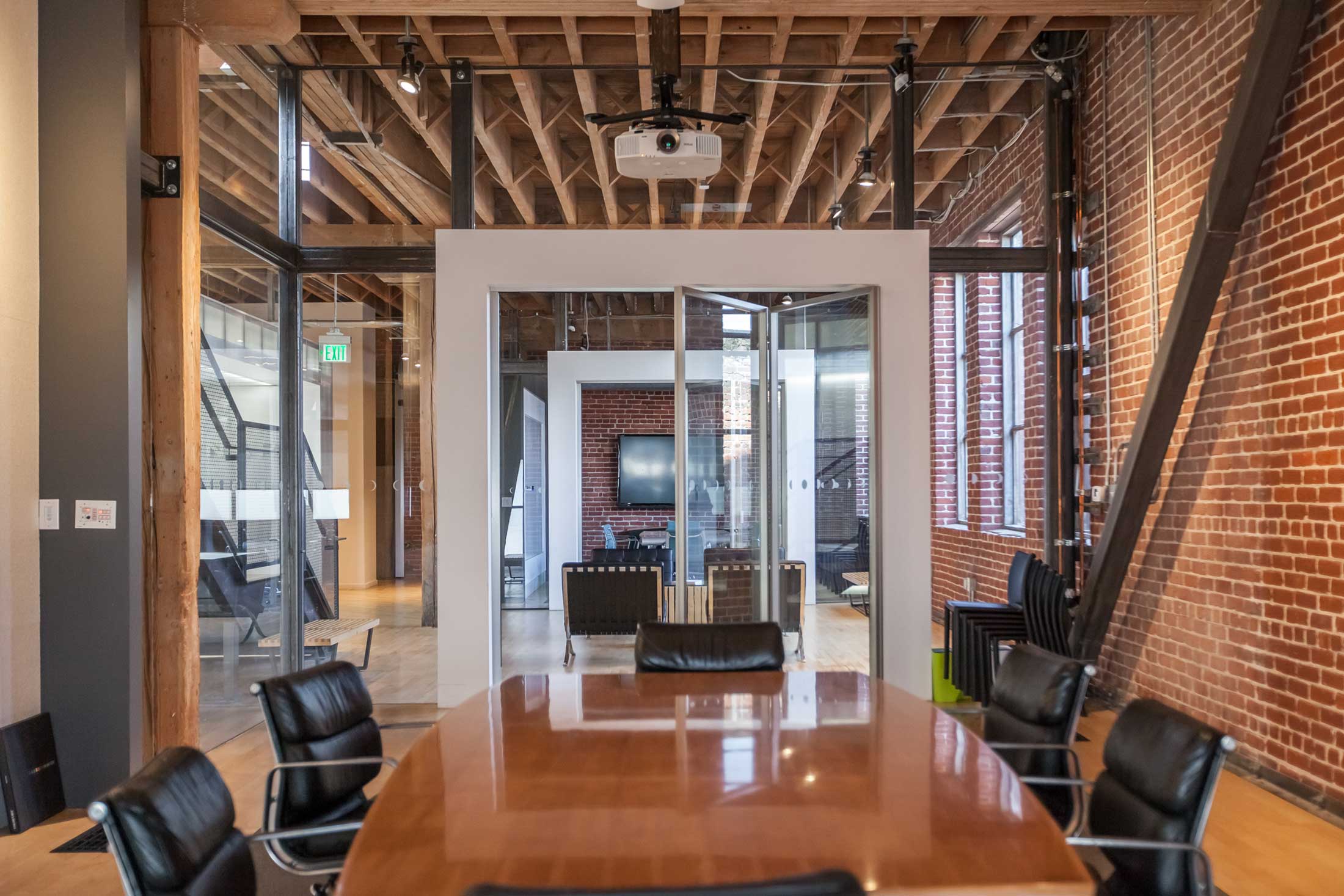 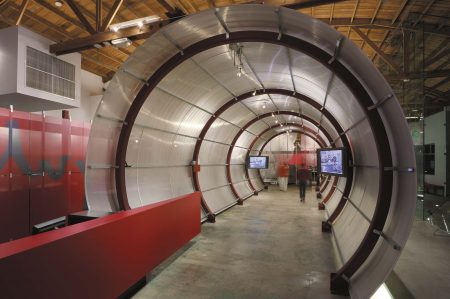 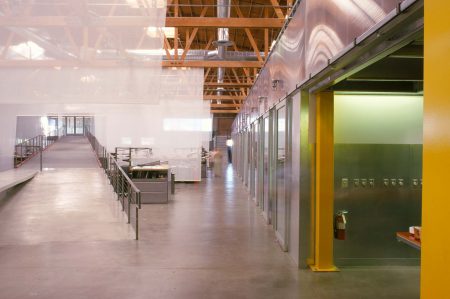 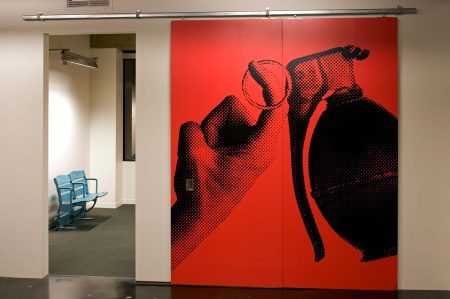