What if an old post office distribution center could be transformed into an environment that celebrates the framework of the existing building while promoting the minds of an advertising giant? 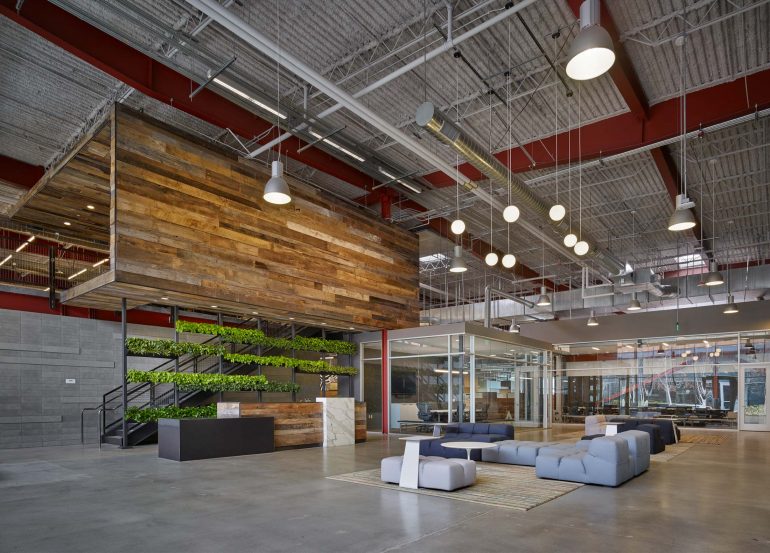 Team One USA is an international advertising agency located in Los Angeles. With the belief that any idea should be remarkable, Team One made the decision to bank on that philosophy when it tapped ShubinDonaldson to design their new environs. Team One was spread amongst four floors of a traditional office building with most staff working in private offices and some in cubicles. Relocating to a former US post office distribution center allowed the almost 400 employees to congregate in approximately 75,000 sf of continuous, single-story space. Encouraging communication and collaboration, the design’s bold gesture removed everyone from private offices and into equally sized custom workstations. Meeting rooms, huddle rooms, war rooms and open work areas supplement the many ways in which the employees interact and function. 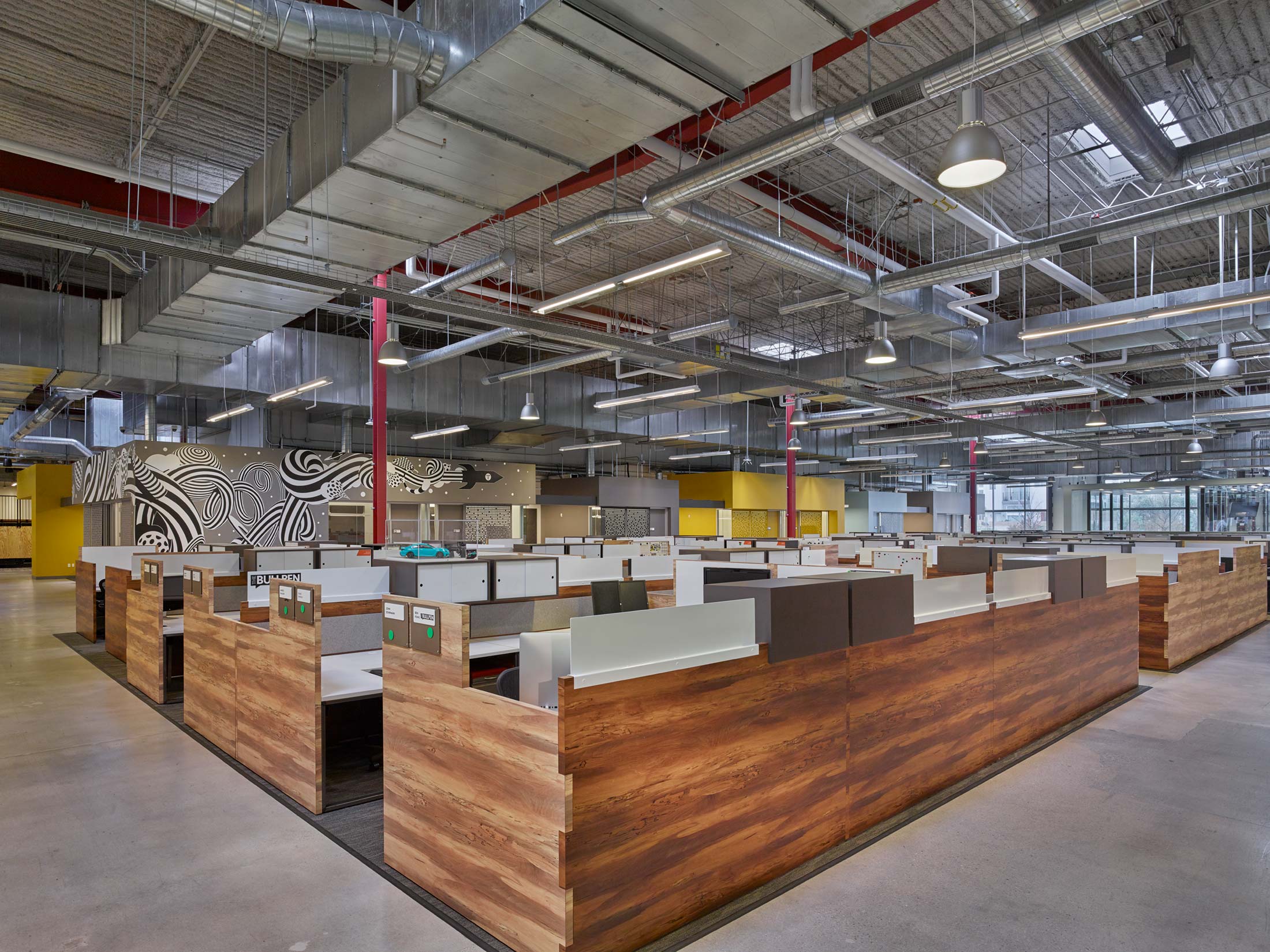 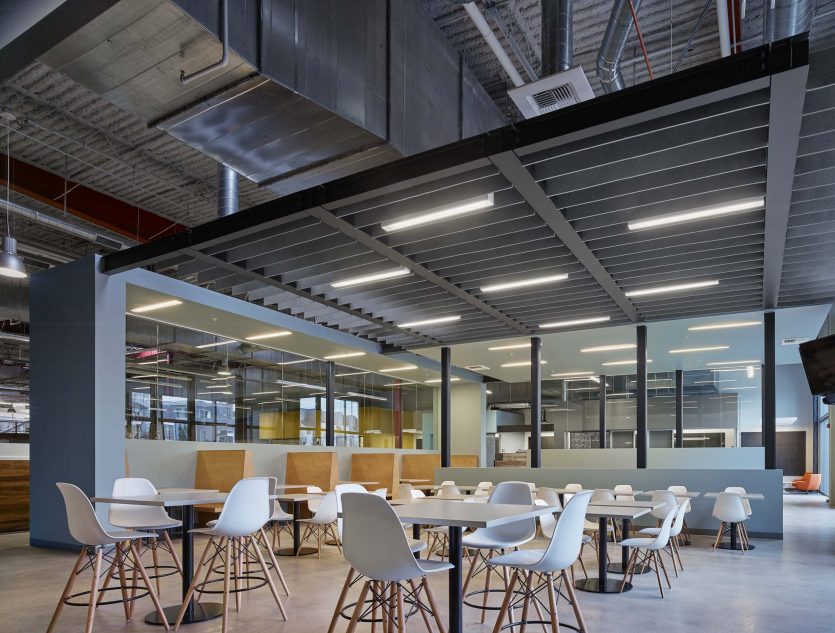 A massive folding “box” clad in reclaimed barn wood sets the tone for a reception space filled with large volumes and architectural forms. Playing against the scale of the building’s industrial shell, the material palette embraces a more residential tone with warm colors and textures. The existing structural elements are brightly painted enhancing their scale and presence in the vast space. The design celebrates the framework of the shell while promoting the minds of an advertising giant. 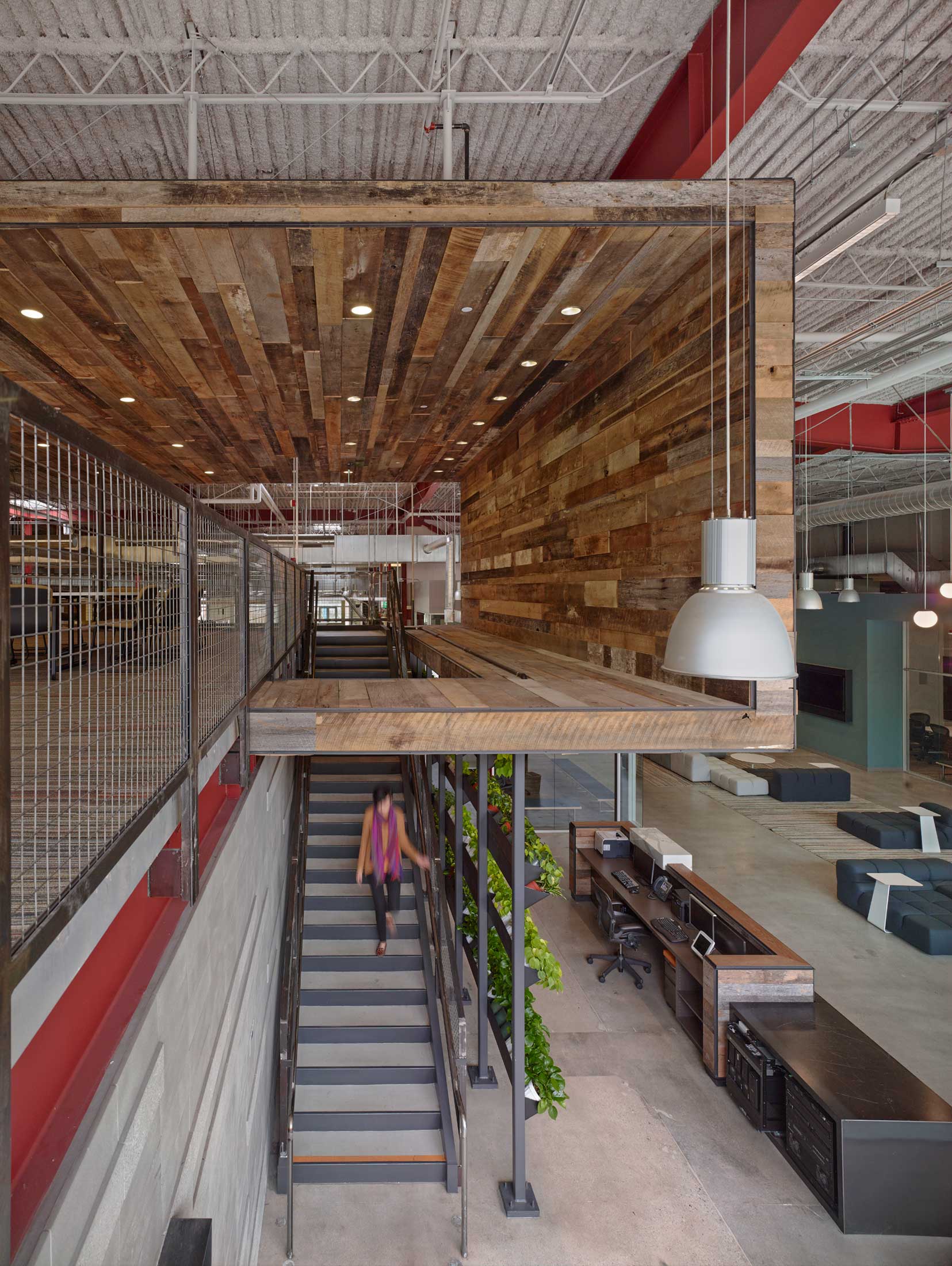 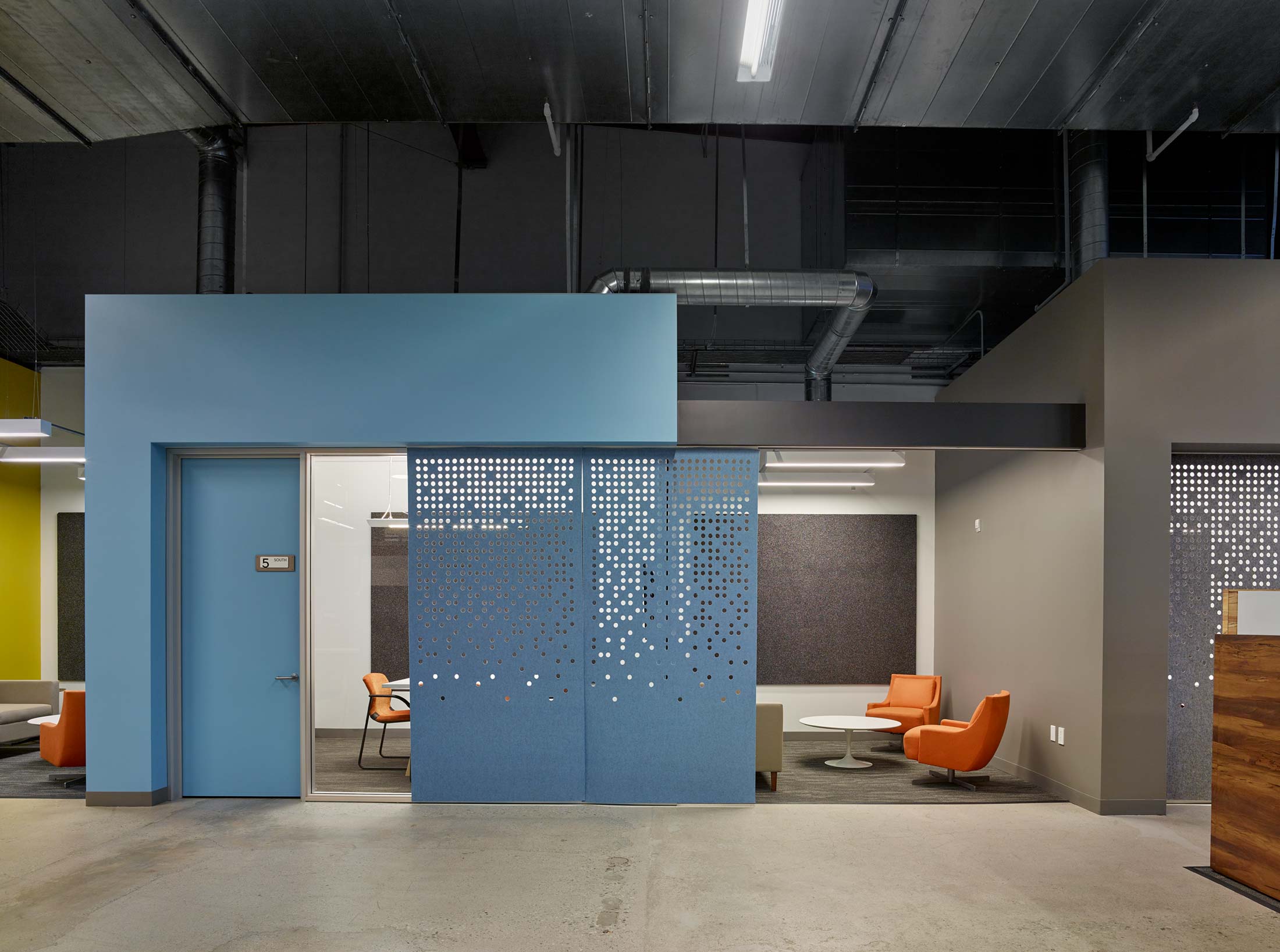 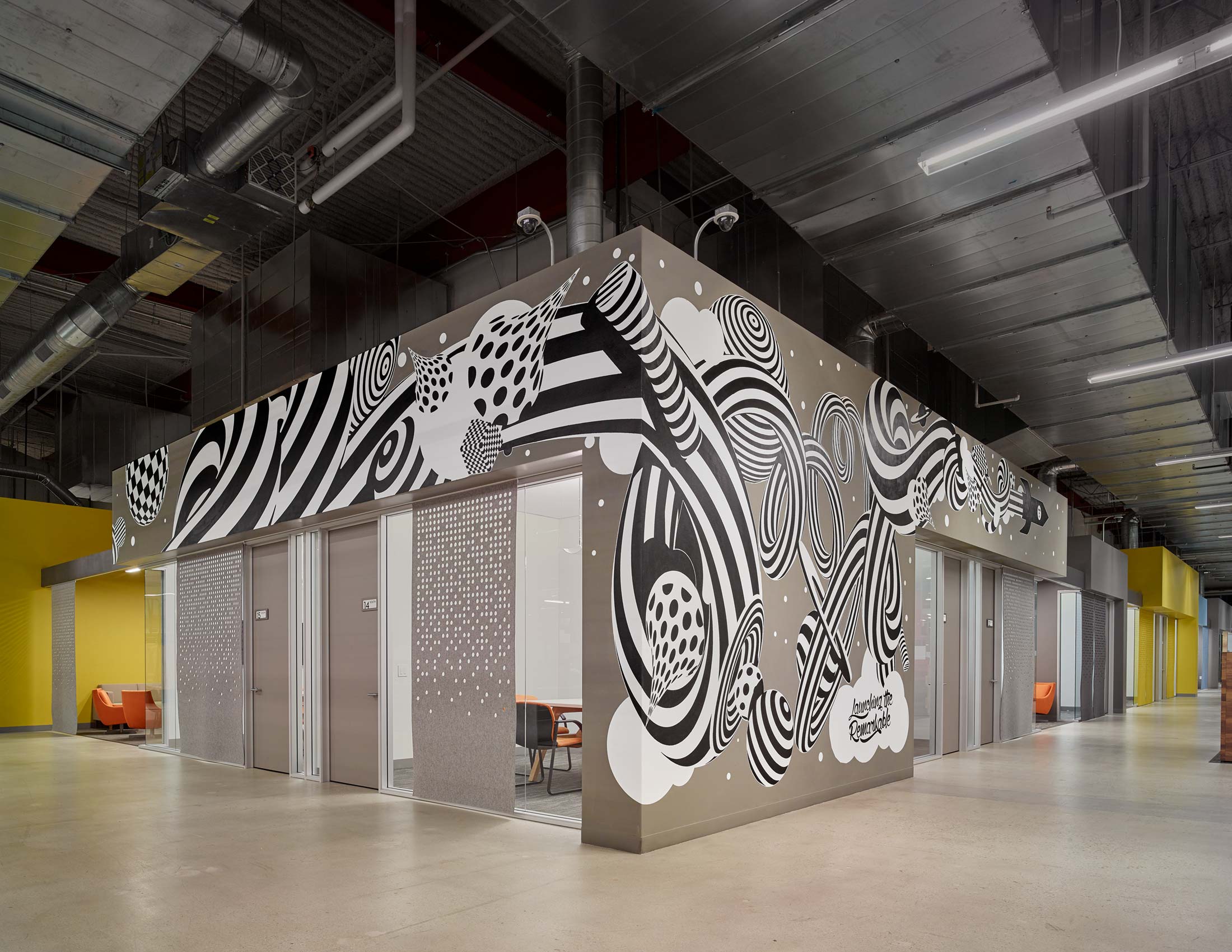 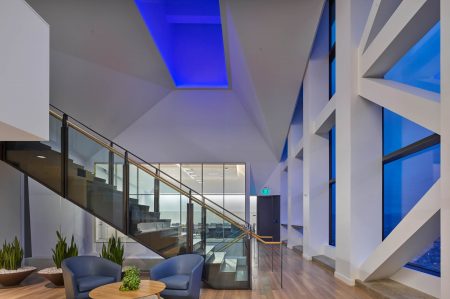 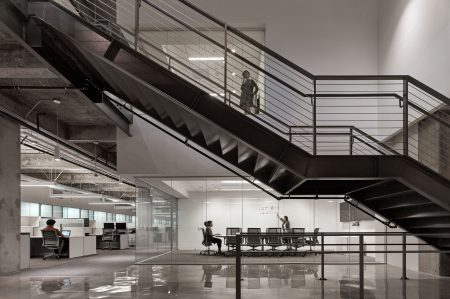 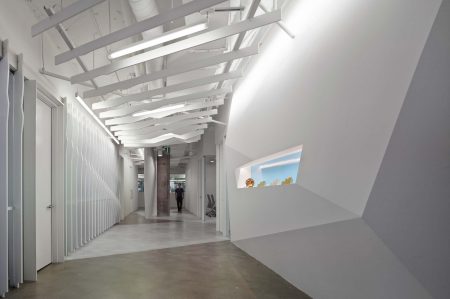 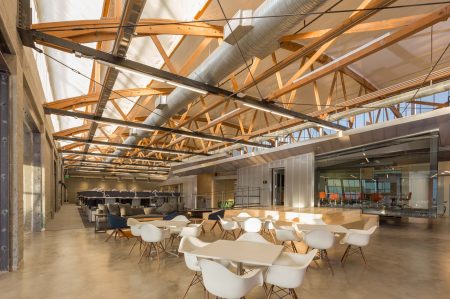 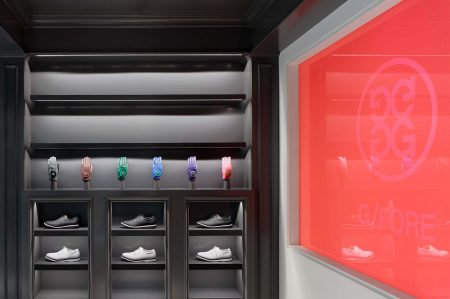 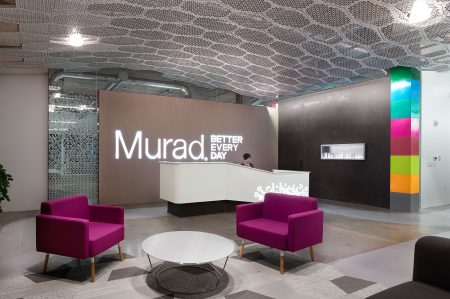 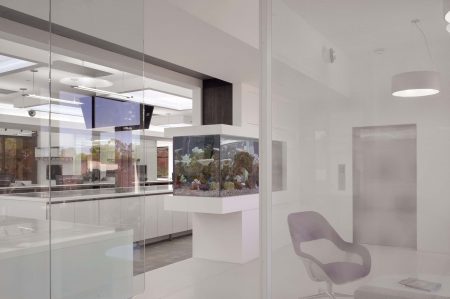 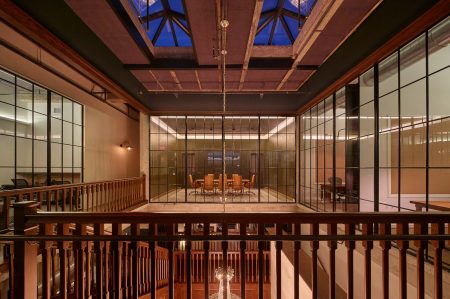 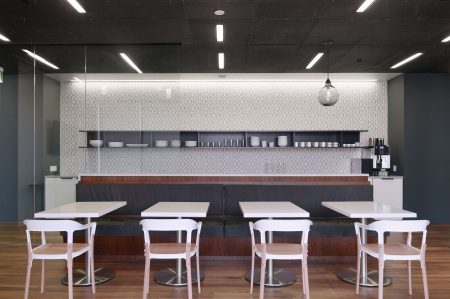 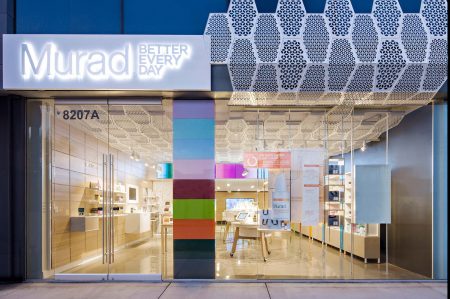 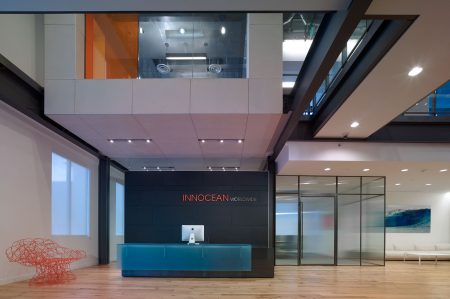 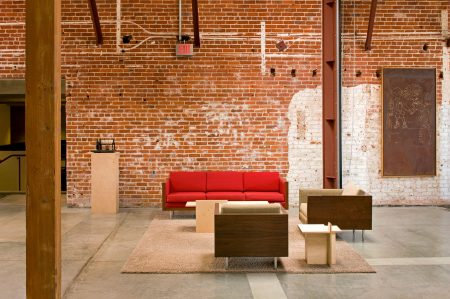 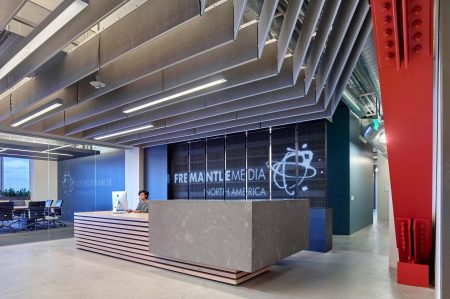 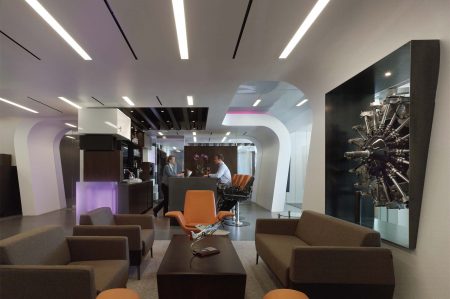 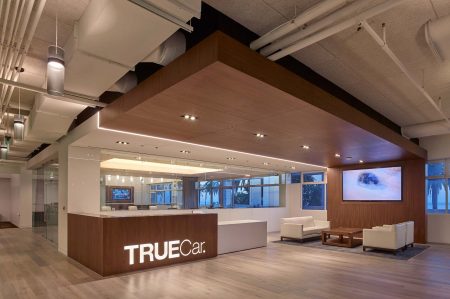